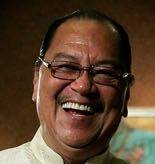 Since it is political season gearing for the May 13, 2019 elections, allegations are flying right and left. I can only say allegations because most of us cannot ascertain what is fact or fake, truth or lie. The reality is that in political campaigns in the Philippines, we have long lost (or maybe we never had it) having elections where we could choose between personalities based largely on the platform of governance they offer.

In a multi-party system, not only are there a great variety of political parties from the lowest local levels up to the national but consequently a greater number of candidates. Then, each candidate will make public statements, whether these are political promises or criticisms against opponents. One can only imagine the sheer volume of information that descends on citizens. Where will they get the time to research when they are in doubt, or even the quiet time for analysis and reflection, in order to discern which are true or which are false?

Since the advent of the digital age, the Internet and its capacity for blazing speed and massive volume, social media and its tens of millions of users in the Philippines (plus a billion abroad), trolls and bots, even governments now being accused of trying to meddle in the elections of other countries, it is not only beneficial information that is afforded powerful platforms to educate and assist netizens. Facts and truths have their polar opposites with the fake and the lies – these, too, share the same digital platforms.

Since ancient times, lies have been resorted to for a variety of reasons. Different belief systems and religions have always been consistent in exhorting people to adhere to the truth. The condemnation of lies, especially, has been a consistent mechanism by communities and societies complete with many forms of punishment. In the Bible, it is not only killing and stealing that are highlighted wrongdoings. There is also one that specifically warns about bearing false witness against a neighbor. It is lying not just to misinform but to do damage to another. The distortion of fact and truth, however, has consequences, more serious than not. In the age of information, misinformation can be considered its greatest enemy.

I have deliberately mentioned the phrase “fact and truth”. They are intimately related, of course. I mentioned them as terms different from one another but mentioned them together because of their intimacy with one another. Fact is quite limited but also it is also a basis of truth. A fact can refer to one specific thing. Truth, however, has a wider field. It can start from fact but can become a context. The context defines and colors facts in such a way that the end result can be different and comprehensive.

Honesty is adherence to the truth and not just facts. A particular selection of facts may not change each fact but omitting a fact or two can create, not single falsehoods, but a contextual lie.

Why is a society so adamant about the truth? Why is a society so insistent on honesty? Fact, truth, and honesty are each pillar of reality. Together, they establish order in the way we think, talk and behave. They are the common bases by which we communicate and understand. Though diversity is a nature of existence, so is order. Fact, truth, and honesty serve as mechanisms that keep harmony between diversity and order. In societies, an order is primordial. Even when diversity is understood in different degrees, a minimum level of order must be established. Failing to do so would trigger chaos and violence.

Fact, truth, and honesty, therefore, are not only about morals and ethics; they have more primordial purposes. That is why societies of different political or religious persuasions all try to promote them. All societies are predisposed towards order, and the greater the order, the more steadfast and dependable, the better. Even those who ultimately rebel because of societal conditions they cannot tolerate or endure and seek radical and sudden change through revolution also have some form of order that they eventually want to establish.

Facts, truth, and honesty are an ecosystem. They necessarily need to go together and complement one another. When there is a breakdown by one, the whole is affected. That is why it is an ecosystem. Breakdowns do not collapse an ecosystem but can damage it. Damage means weakening the credibility of the system, and weak credibility makes a vulnerable foundation for order. When facts are twisted, when the truth is distorted, honesty becomes a virtual impossibility. Order, then, is compromised. A compromised order cannot sustain institutions which need consistency and dependability.

Perhaps, it is going back to the basics – facts, truth, and honesty. We again must build a strong common ground that can facilitate good communications yet respect diversity and clashes of opinion. Election season fragments us all and we must focus on being productive, not just noisy, remembering we are citizens despite the distractions. Honesty is adherence to the truth that we must recover to allow us to trust each other again. From a firmer common ground, we can once more dream together of that future full of hope.

The Empowerment of Women and Children

Revisit history, not revise it

Hunger is not complicated

Live and die with Covid-19

Profiteering in a pandemic

Science of political survival takes over

Having to save ourselves

Not an emergency anymore

Obedient, but afraid and confused

In search of a vision