NEW YORK — Three officials of the Kingdom of Jesus Christ (KOJC) in the United States, a church affiliated with a church founded in the Philippines in 1985 by Pastor Apollo Quiboloy, were arrested in California and Virginia on Jan. 29 for human trafficking and visa fraud.

According to FBI spokesperson Laura Elmiller, they believe “they were bringing people into the United States, from the Philippines with promises of work, legitimate work, in some case musical related work and when they get here, the passports are taken from them.” 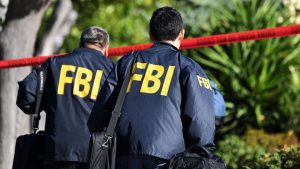 Named defendants in the FBI operation are: Guia Cabactual, 59, Marissa Duenas, 41, and Amanda Estopare, 48, who allegedly handled the financial aspects of the KOJC enterprise. She also allegedly, enforced fundraising quotas for KOJC workers.

Cabactual and Duenas were arrested at a compound in Van Nuys, CA and Estopare in Virginia. Cabactual was identified as the top KOJC official in the U.S. who maintained direct communication with the KOJC leadership in the Philippines. Duenas allegedly handled fraudulent immigration documents for KOJC workers and secured their passports as soon as they arrived in the U.S. Estopare allegedly handled the financial aspect of the KOJC enterprise and enforced fundraising quotas for KOJC workers.

The criminal complaint against the three defendants charged them with conspiracy to commit immigration fraud. A 42-page affidavit in support of the complaint outlines a years-long scheme to bring full time workers (FTWs) to the U.S. under false pretenses and to make arrangements for productive fundraisers. They were known as ‘Assets’ to remain in the country by forcing them to marry other KOJC members who were US citizens, or to obtain student visas and enroll them in schools with lenient attendance policies. According to immigration records summarized in the affidavit there were 82 marriages involving KOJC administrators and FTWs in over 20 years.

Federal agents also executed search warrants at the KOJC compound in Van Nuys, CA, the Children for Joy Foundation, Inc.(CJF) office in Glendale, and three other locations in the Los Angeles area. Searches were also conducted at two locations linked to KOJC in Hawaii. In addition, agents fanned out across the U.S. to interview witnesses as part of a larger investigation into the organization.

Israelito Torreon, Quiboloy’s spokesperson in Manila, said of the arrests: “We will show to you that this is nothing but a grand conspiracy of lies concocted by former members of KOJC who struck an alliance with forces who have an ax to grind against Pastor Quiboloy.”

The church leader ordered an internal audit last year that prompted a trusted officer and other members to leave the group and struck an alliance with ìforcesî jealous of Quiboloyís rise, Torreon said without elaborating. We will face and disprove as utter lies the charges filed against the administrators of the church in the U.S., he said.

Quiboloy, who proclaims himself as the “annointed son of God,” was not charged. Last year, he claimed he stopped a major earthquake from hitting the southern Philippines. His church claims to have six million followers all over the world. Two years ago, a leader of a Hawaii branch of the church was arrested smuggling cash onto a private plane in Honolulu bound for the Philippines with Quiboloy on board, according to court records.

Workers who managed to escape from the church led the FBI to the officials. They told the FBI thay had been sent across the U.S. soliciting donations for the church’s charity and were allegedly beaten and psychologically abused if they didn’t make quotas according to the affidavit.

The nonprofit Children’s Joy Foundation USA was supposed to benefit poor children in their homeland. Instead, the complaint said most of the money raised was allegedly used to finance church operations and the lavish lifestyle of Quiboloy.

Stand on our own

Journalists and the truth under threat

The US fully committed to the MDT

The “Filipino Melting Pot” Can Help in Developing...

Rethinking the impact of the lockdown on MSMEs...