NEW YORK – Two artists and a technology entrepreneur from the Philippines have been named Asia Society’s Asia 21 Young Leaders Class of 2018, Asia Society President and CEO Josette Sheeran has announced.

Jam Acuzar, an art enthusiast; Xyza Cruz Bacani, a Street and Documentary Photographer; and Paul Rivera, CEO and co-founder of a fast-growing recruitment technology startup represent the new generation of leaders in government, business, arts, media, and the nonprofit sector. They join an unparalleled network of accomplished young professionals from the Asia Pacific region.

“These young change-makers are already reshaping the most dynamic region on earth,” said Sheeran. “They are a remarkable and truly diverse group — and Asia 21 provides a platform for these young leaders as they tackle the most vexing challenges in the region, one connection at a time.”

Members of the 2018 Class will convene in Manila for the 13th Annual Young Leaders Summit from November 14-16 to explore new and creative strategies to translate the network’s expertise into concrete actions, Asia Society said. This summit will be the inaugural event to usher in the 20th anniversary of the Asia Society Philippines Center.

The new class adds to a dynamic pool of more than 900 influential professionals under the age of 40 from 40 nations who are engaged in thought leadership, dialogue, and meaningful collaborations for positive impact on both local and global levels.

This year, Asia Society has selected 31 leaders in their respective fields, including a slate of trailblazing women: Bulgantuya Khurelbaatar, deputy finance minister of Mongolia; Manizha Wafeq, president of the Women’s Chamber of Commerce in Afghanistan; Ernestine Fu, an American venture capitalist with diverse passions from cybersecurity to philanthropy; and Hana Hayashi, a game-changing behavioral scientist from Japan. 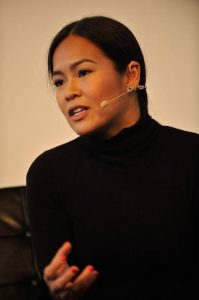 Jam Acuzar is a businesswoman and art enthusiast. She is founder and director of Bellas Artes Projects, a non-profit arts foundation based in the Philippines, where she develops and oversees the foundation’s artist residency program, community projects, and exhibitions in Manila and Bataan.

Bellas Artes Projects draws inspiration from the Rafael Enriquez y Villanueva mansion built in 1867. An artist himself, Enriquez y Villanueva donated this building, transforming it into Escuela de Bellas Artes, then by 1908, it became the first campus of the University of the Philippines – School of Fine Arts located along Hidalgo Street, Quiapo. Since 2007, the mansion has been moved to Bagac, Bataan as part of Jose Acuzar’s collection of antique houses called Las Casas Filipinas de Acuzar.

Las Casas is an open-air museum and heritage park that is on a family land, which consists of relocated and refurbished old Filipino homes that are styled through collaborations with international and local artists.

Acuzar also leads Bellas Artes Outpost, a non-collecting, non-commercial exhibition space opened in 2017 that invites the public to engage with art, architecture, and other creative fields through its programming and art library. It has a reading room to inspire creative thinking and engagement with the arts. The Outpost aims to build a new audience of art enthusiasts by engaging them with the artistic process of BAP’s artists and artisans in residence.

“Leadership to me means being able to communicate a vision, empowering those on your team, being able to pass along your knowledge, and learning from those that work in your organization,” she says. 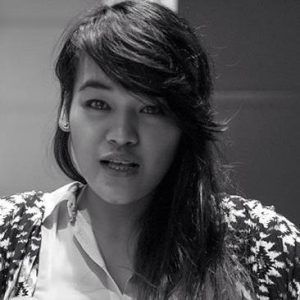 Xyza Cruz Bacani is a Street and Documentary Photographer based in Hong Kong who uses her work to raise awareness about under-reported stories. Having worked as a second-generation domestic worker in Hong Kong for almost a decade, she is particularly interested in the intersection of labor migration and human rights. She is one of the BBC’s 100 Women of the World 2015, 30 Under 30 Women Photographers 2016, Forbes 30 Under 30 Asia 2016, and a Fujifilm Ambassador.

Her work has been featured and published in the New York Times Lens Blog, CNN, and various international media publications not only for her excellence in photography but also for her inspiring story. She is one of the Magnum Foundation Photography and Social Justice Fellow 2012, has exhibited worldwide, won awards in photography and is the recipient of a resolution passed by the Philippine House of Representatives in her honor, HR No 1969.

“Leadership is doing what is right, even when there is no one looking. Leadership encourages us to dream, to maximize our potential, and to prove that all dreams are valid,” says Bacani. 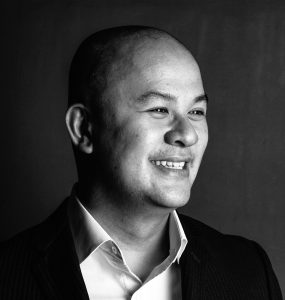 Paul V. Rivera is the CEO and Co-Founder of Kalibrr, a fast-growing recruitment technology startup that works with region’s top 1,000 employers. Kalibrr is devoted to solving the problem of recruitment and underemployment in the region. Prior to Kalibrr, he was the co-founder and president of Open Access, a technology-focused BPO in Makati that he co-founded and grew to over 1,000 employees in the five years he was running the business.

He was born in the Philippines but moved to the Bay Area in California when he was 5 years old. He was educated at UC Berkeley and spent his first 2.5 years after Berkely working for Mercantila.com, an e-commerce company based in San Francisco.

He spent several months at Google in Mountain View before voluntarily leaving to help co-found a BPO startup, Open Access BPO, in Makati City in 2007. At Open Access BPO, he went to work with top Silicon Valley companies including Friendster, Mint.com, and Trip Adviser. It was at Open Access where he experienced firsthand the challenges of recruiting people and hiring talent, which inspired him to start Kalibrr.

“Leadership means accomplishing a collective mission that is bigger than one’s self, and that requires buy-in, sacrifice, and investment from everyone involved. Leadership is getting the group to accomplish that goal even if we all don’t get what we want and even if we don’t all agree,” Rivera notes.

When asked what advice he can share with entrepreneurs wanting to start or expand their startup in the Philippines, he said:

“Find a problem worth solving. The valley’s best brains are now focused on what are called anti-problems – things that make life more convenient, but doesn’t necessarily solve a core problem.”

He added that the Philippines has a ton of problems in almost all sectors. “So learn one and see what sort of difference you can make if you develop technology around that problem.,” he said. “It will be inherently more rewarding when you become successful and I’ll think investors would be more apt to listen. Most businesses have tons of problems they need help solving and while B2B isn’t as sexy as B2C, I think you’ll find ready and willing customers there.”

Since the first Summit in 2006, the Asia 21 Young Leaders Initiative has encouraged collaborations among the members of the network to help respond to disasters, fight for girls’ education and mobilize youth, contribute to regional diplomatic efforts, and much more. Local Asia 21 chapters have sprouted in some of the toughest parts of Asia, where people are eager for the connections and counsel that the Asia 21 network has provided.

When children are set free

Keys to success for Filipino nurses in the US

Driving Along the Taconic

APEC Ministers: Small Businesses are the Powerhouses of...