August and part of September were difficult months. Now, it is impeachment and entertainment time. If we ordinary Filipino citizens do not learn how to manage our reaction to the news, then the news will manage us. 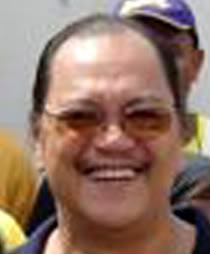 t Tuesday, a small but growing group of mostly young people, each some kind of influencer and user of social media, met for the fourth time. It is an informal gathering that moderators have explained as an attempt to counter the general negativity in the environment and to encourage an exchange of ideas and sentiments with respect and amity. In other words, people, especially friends, can take on contrasting or opposite views yet keep the civility or friendship all the way.

Participants of this gathering called Tuesdays with Mari (founder and the head moderator) share their own ideas of any issue, usually after an invited speaker considered a veteran or expert in his or her field would give a short talk. Listening to them all the past gatherings, one thing is common – their distaste at what is happening that they get from traditional or social media. They admitted that the atmosphere came across as very negative and depressing. They either try to tune out or get embroiled in the constant bickering.

Actually, the gathering is a simple attempt to keep people communicating with one another and proving that they can have respect for each other. It is to send the message that we should not disconnect despite the frustration and aversion generated by the animosity of the noise. It is becoming necessary to intentionally foster goodwill in the social space because there is no indication that destructive partisanship will abate any time soon.

There was that Senate hearing on fake news and the highlighting of an alleged blogger maintaining several sites focused on just attacking the Duterte administration and its allies. From reports I read in social media and newspapers, this controversial blogger has links with political opposition. Insinuations or outright accusations have claimed that the blogger is a paid operator of negative, even fake, news. This is pure entertainment for me. After all, I still remember vividly how several months into the Duterte administration, starting even before he was sworn in, the opposition from both the political and private sector were accusing Duterte followers of trolling cyberbullying.

The pendulum is really a strange but enduring phenomenon, that its swings are predictable yet almost impossible to alter. The pendulum represents, in my view, the most accurate representation of partisanship, the swing of fortune as the superficial change which is not enough to stop the back-and-forth swinging. Winners and losers reflect political changes of personalities and little else. And for as long as partisanship defines the changes, the pendulum will just go on and on.

Learning and wisdom can stop the swinging of the pendulum. There is no need to keep repeating a lesson that has been learned. Human consciousness is elevated. A new pendulum may develop, but it will be at a higher dimension. Then and only then will new lessons will be taught and taught in a new swinging pendulum until new learning happens.

It is important to understand that partisanship is the two opposite directions that attract the swinging of the pendulum from one side to the other. Unity or solidarity immediately stop the pendulum from swinging because two sides are not battering and trying to put each other down. But it seems we have no clear idea of what unity or solidarity means anymore. If we do not see it in our leaders, if we do not have powerful models of virtue, we can only learn what is being taught out there. And today, that means repeating the cycle of conflict, the prejudice that predetermines opinions, the proliferation of animosity. Fake news is animosity and provokes animosity from its victims. Animosity, ten, keeps the pendulum swinging in perpetual motion.

It can appear that truth itself has become a compromised virtue, defined more by what is relative rather than what is intrinsic. It is not a great surprise to me anymore. I have seen information facilitate wisdom. I have also seen it facilitate stupidity. The most important values of society must not swing with the pendulum. They cannot change or morph to cater to changing leadership. We are Filipinos and we must be clear about our identity. Nationalism and patriotism can only be as strong as our collective fidelity to our priority values.

We speak about bayanihan, we speak about malasakit, we speak about damayan. Yet, these virtues are threatened and, in many cases, have given way to and kayaman. Most of all, though, our unity or solidarity has conceded to the attractive lure of kayabangan. When the individual claims superiority or priority to the collective, a whole, natural and social order is shaken and only chaos can ensue.

Kettles and pots, all of you are black. For as long your leaders who are not committed to bringing a divided people together ask, allow or encourage you to attack their enemies instead of reach out to them, possibly convert them to join higher purpose, then you will become black from the political cooking. It does not matter much that you believe you are sincere when the result of your participation is more discord instead of convergence. Even, or especially, when you believe you have the high ground, you must bring the others below to the enlightened hill.

More than 50 years of political observation have allowed me to see the kettles and the pots pointing fingers and calling the other black. Let me share what I have seen. You can commit errors but you cannot be stupid. You can achieve victories but you cannot be arrogant. Stupidity and arrogance make kettles and pots black as they make leaders fall.