Killer of FilAm Nurse Sentenced To Life In Prison

CHICAGO (JGL) – A 40-year-old man parolee who beat an elderly Filipino nurse to death in Chicago’s Southside and stole her wedding and engagement rings and used them to propose to his girlfriend will be spending his life in prison. 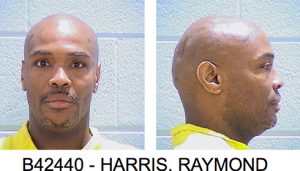 Raymond Harris has been convicted of first-degree murder and armed robbery by Judge Charles P. Burns of the Cook County Circuit Court in Chicago, Illinois for the brutal murder of 73-year-old Virginia Perillo, a long-time nurse of Rush University Medical Center, four years ago.

Harris has filed a notice of appeal of his conviction before the Appellate Court of Illinois in the Circuit Court of Cook County Criminal Division.

It took Judge Burns three days of bench trial to find Harris guilty of first-degree murder and armed robbery after parties agreed to waive the jury trial.  Burns later sentenced Harris to a life in prison.

Court records showed that Harris was on parole for an attempted murder conviction in May 2011 when he attacked Perillo who was getting out of her car in her garage in the 3300 block of South Parnell Avenue. Harris stole her purse and wedding and engagement rings.

Perillo, a native of Cagayan de Oro City in the Philippines, suffered serious head injuries and was found lying unconscious by a neighbor.

An intensive critical nurse of the Southside hospital for 40 years, she died on Oct. 24, 2011, two days after she was brought to the hospital.

On the night of the attack, Harris went to a party, wearing “brand new clothes” and showed the rings to a witness, asking which of them he should use to propose to his girlfriend.  A DNA collected from a bloodstained men’s watch found inside Perillo’s car matched Harris.  He was arrested a few days later in nearby suburban Elgin, Illinois. When police contacted Harris’ fiancé, she gave up her rings to the detectives and Perillo’s family identified them as the victim’s.

Harris was paroled in May, 2011 after serving 13 years of a 30-year sentence for a 1997 attempted murder and aggravated arson convictions. In this case, Harris broke into a woman’s home, raped and beat her for several hours. He also threatened the victim at knifepoint, cut her neck and set three separate fires in the woman’s home.

Three weeks before that attack, Harris had been released from prison for a 1993 armed robbery, vehicular invasion and burglary. In this case, he brandished a gun at a woman getting out of her car outside her home.

The former Virginia Yee met her husband, Mauro Perillo, a native of Polangui, Albay. She came to Chicagoin 1971 after attending a nursing program at St. Xavier University in Cagayan de Oro City.  They were married in 1973 in Chicago and had three children — John, Mark and Michael – who also have their own families.

US Playwright Ensler To Join One Billion Rising In Manila