Will Federalism cure the ills of Filipinos? 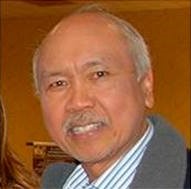 CHICAGO (JGL) — It looks like the march of federalization in the Philippines is irreversible. So, what do the Filipino people really expect to get out of it if it is finally ratified?

Let’s recall what federal system President Rody Duterte preferred if he had his way. He said he prefers the French federal model.

This French model came about after Emperor Napoleon III was deposed. He paved the way for the French Third Republic as a result of the Franco-Prussian War. Its current Constitution, enacted in 1958, provides that the Prime Minister, as Head of Government, exercises executive power including the power of the purse. All Cabinet ministers report to him.

The President of the Republic is the symbolic Head of State. He appoints the Prime Minister who “directs or executes the actions of the Government.” In principle, he sets out the essential political guidelines except in the case of “cohabitation” (coalition) of the President. Cohabitation means that when the Prime Minister is appointed by his party and does not have the majority, he has to coalesce (cohabitate) with a minority party to be the majority in the National Assembly.

In the current Philippine setting, appropriations “originate” from the House of Representatives. It sends a bill to the Senate for reconciliation before it is signed by the President.

So what if the power of the purse was shifted from the Prime Minister (Executive) to the National Assembly (Legislative)? Does it mean that the Prime Minister would no longer be handing out pork barrels for their vested interests, which President Duterte mightily wants to do away with? No.

Why would President Duterte like to shift from presidential to parliamentary form of government? There are two reasons which I believe are driving him to change it. First, the ease of removing an evil Prime Minister with a no-confidence vote by the parliament; and second, the decentralization of the power of the executive, which allows regions to retain some management of their internal affairs. Also, this would re-allocate tax resources in the exploitation of natural resources to each region which would bring about peace particularly in the separate-prone Muslim Mindanao minority.

Why would there be a need to shift from presidential to parliamentary? Removal of a president and vice president can be simply addressed by amending Section 2, Article XI of the current Constitution. Exclude the president and the vice president from the list of impeachable officials and have the Ombudsman hear their cases without waiting for them to be charged in court after the end of their terms of office.

In contrast, President Duterte wants to have a Prime Minister removed by merely a vote of no con-confidence by Congress or a National Assembly. The time-consuming and counter-productive impeachment process of President Estrada, the graft charges against President Macapagal-Arroyo and Vice President Jojo Binay and former President Noynoy Aquino are too recent to forget.

The tax allocations of provinces and cities and municipalities are currently pegged at 40%. The proposal in the upcoming Constitutional Assembly (Con-Ass) is to raise it to 60%. At a recent radio program – Sagot Ko Yan –  hosted by Joey Lina, a former senator, Secretary of Local Government and Governor of Laguna, he told his guest that President Duterte has the supermajority (Duterte’s party, PDP-Laban, has both the Senate and the House). With that, he asked his guest, President Duterte’s supporter, Atty. Raul Lambino, “Who needs the Constitutional Assembly?”.

Lambino is among those pushing for federalism drive besides its proponent, former Sen. Aquilino Pimentel, Jr.

To increase tax allocations to 60%, the Local Government Code can be amended by the current Congress without waiting for it to be included in the programs of the federal form of government to be discussed by Con-Ass. All that President Duterte has to do is to certify to Congress that it is a priority bill to amend the Local Government Code. He would certainly prevail, shouldn’t he?

I totally agree with Lina. He was the only Local Government official who had the “political will” to have ordered the arrest of several police generals involved in jueteng (illegal numbers game) under the Gloria Macapagal Arroyo administration.

But for me, besides stripping the immunity from a lawsuit of a sitting President and Vice President during their terms of office and decentralizing tax allocations, other compelling reasons to amend the 1987 Constitution are as follows:

1. Delete Section 26 of the State Policies the phrase “as may be defined by law” after “prohibiting political dynasties.” This should make the provision self-executing without waiting endlessly for Congress to pass an implementing law that will be in conflict with their interests.

2. Provide a penalty for members of the House of Representatives with censure and/or non-payment of their salary for at least six months or more. (For example, when they failed to follow the self-executing mandate to convene shortly after Duterte submitted his report following his proclamation of martial law in Marawi.)

3. Require candidates for President, Vice President, members of Congress and local governments up to mayor to submit a clean bill of health, including a certificate of excellent mental and psychiatric report and a college diploma

4. Require the State to promote a three-child policy and for an extra child, the parents will pay a fine in an amount to be determined by Congress.

5. Prohibit constitutional convention delegates or members of Congress who participated in the amendment or revision of the Constitution from running for office shortly after passage of such amendment but they can fill the void of the transitory provision limited to one year; and,

6. Prohibit sitting members of Congress and the Executive Branch (President/Vice President/Prime Minister) to benefit from an amendment to the Constitution but they should be allowed to finish their terms of office.

Vigilance and action needed to protect our rights

Without a Mother’s Love